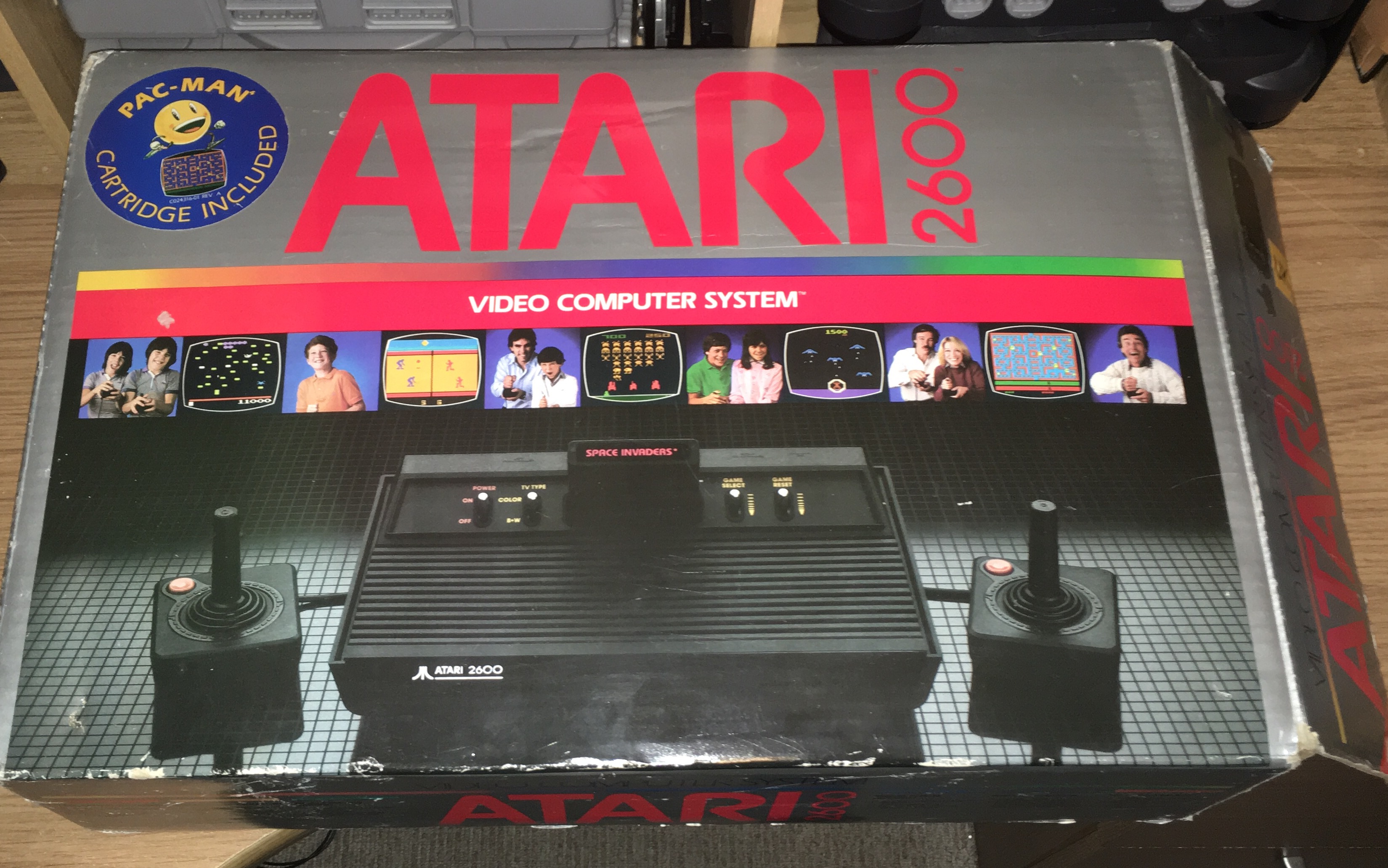 A week like this doesn’t come around too often, firstly a £15 Atari 2600 bundle that I could not say no to – you can’t have too many Woody’s in your collection! It also had some great classic games with it, as pictured below. Later in the week along came a 2600 Vader boxed in very good condition, one from my Wishlist. With this being the week the new Star Wars movie ‘Rogue One’ was released, it was definitely good timing!! Thanks Gumtree for these two great finds. The Atari 2600 has always been one of my favourites as the Woody was the first console I had as a kid. Hence the fact there will always be one in my collection plus numerous spares as back up. I never had the black Vader version however I have been on the look out for a decent priced one for the collection for quite a while now. To get one in this condition and boxed is definitely a bonus. Nice to have all the paperwork and booklets with it as well, shall I join the Atari Club for £1?

The Atari 2600 is a Second Generation home video game console Manufactured by Atari Inc and was released in North America on the 11th September 1977, Europe in 1978 and Japan in 1983 as the Atari 2800. It was discontinued on 1st January 1992 with about 30 million units sold. Prior to 1982 it was called the Atari VCS (Video Computer System). Games, as we all know, are ROM based cartridges containing game code with the best selling game being Pac-Man (7m copies sold). Following the release of the Atari 5200 in 1982 the Atari VCS was renamed the ‘Atari 2600’ after the unit’s Atari part number CX2600. The earlier ones were bundled with Combat, like the one I had as a kid. The initial consoles were manufactured in California and had thick plastic moulding around the sides and bottom. They had six switches on the top and due to their weight were nicknamed “Heavy Sixers”. After a year production was transferred to Hong Kong and the consoles manufactured with thinner plastic. By 1979 the VCS was the best selling Christmas gift and console, which may have been the year I got mine! There have been various versions of the 2600 with the main ones listed here;

• Sears Video Arcade – a rebadge of the original 6 switcher made in 1977 plus a 4 switch model in 1980. The photos below are from the one in my collection that has been AV modded so I can use it on a projector.


• 4-switch model from 1980 looking like the original console. Sadly still looking for one of these.

• There was also an all black version of the Junior console plus numerous 2600 clones produced including ones with built in games. I will leave you to search for these on the net. If I do get anymore I will be sure to share the photos.

In my collection the new Vader model joins my previous 6 switch Woody model, Sears 6 switch model and 2600 Jr, which are all pictured above. Today I have tested it with the joys of Pac-Man and it plays perfectly. 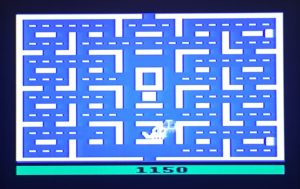 I can’t get over how great the condition is but I believe it has been boxed away for many years plus saw minimal use previous to this. One ticked off the Wishlist ✅

Let me know what versions of the 2600 you have in your collections. If you also let me know what is / was your favourite Atari2600 games I will see if I have them so I can share some game play photos and video clips.